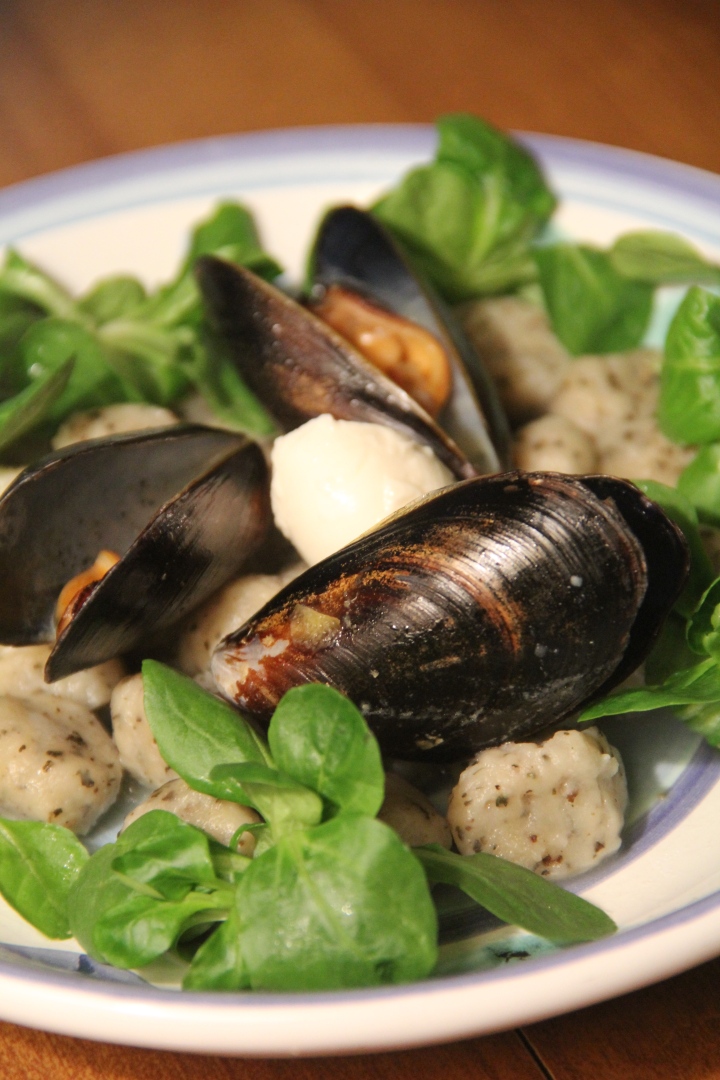 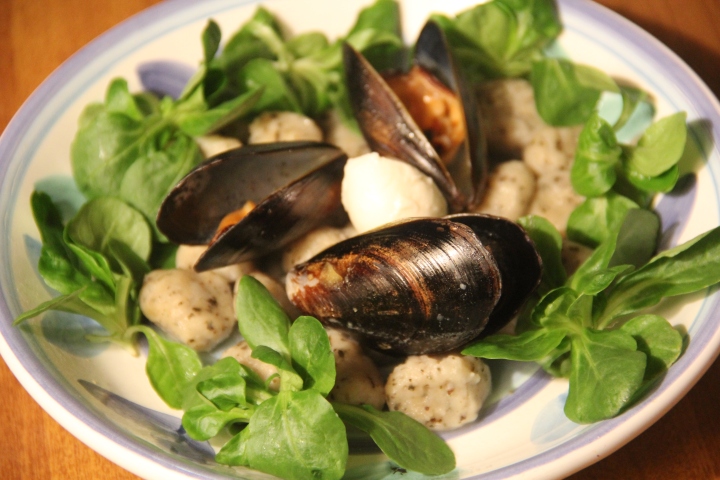 You don’t often hear the mineral Vanadium thrown about with regards to food.  Vanadium to most is an obscure transition metal on the periodic table, not something dietary along the lines of calcium or iron.  Vanadium is not an essential mineral, meaning our bodies don’t rely on Vanadium to perform functions such as blood clotting (calcium plays a major role) or Oxygen transport as iron in hemoglobin does.  Although, I will note, that a few recent studies have found that trace elements of Vanadium may be involved in normal bone growth. 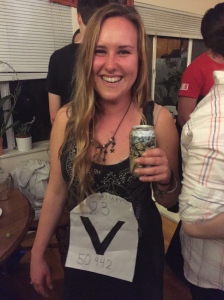 For Diabetics, vanadium has much more interesting implications.  In a few animal studies and even a human study.  Vanadium increased insulin sensitivity.  Although the mechanism is still unknown, the theory is that vanadium can actually “mimic” insulin (kind of hard to believe as insulin receptors are highly specific).  In a rat-based study, rats induced with insulin dependent diabetes were able to completely go off insulin at high doses of vanadium with blood sugars and hemoglobin A1Cs in the normal range.  These studies are still in the early stages, and have uses high doses of vanadium above the UL limit.  It is unclear whether these high doses are toxic, but it is clear that at low doses vanadium can be beneficial in diabetes management.

If you’re interested in learning more, you can find a quick overview here.

With these studies in mind, I’ve begun increasing my vanadium intake, focusing on eating more shellfish, dill, and grains.  Note wine and beer are also good sources of vanadium, giving me an excuse to drink more beer.

The recipe below includes vanadium rich mussels and white wine for an extra kick of my favorite transition metal.

Mussels on a Bed of Basil Gnocchi and Mache Rosettes 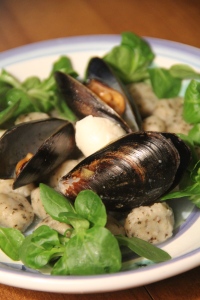 Wash and debeard mussels.  Throw out any mussels that are already open.

Put water in large pot over high heat and place on stove to boil.

Meanwhile, peel whole garlic cloves and sautee in a large pan with oil until golden and fragrant.  Add Mussels and cover steaming until mussels have opened. Turn off heat. sprinkle fresh parsley

Add gnocchi to boiling water and cook for 2-3 minutes scraping the gnocchi that begin to float off the top.

Prepare your plate with the mache rosettes a scoop of gnocchi and a couple mussels on top allowing the wine and mussel sauce to drizzle onto the gnocchi and lettuce. 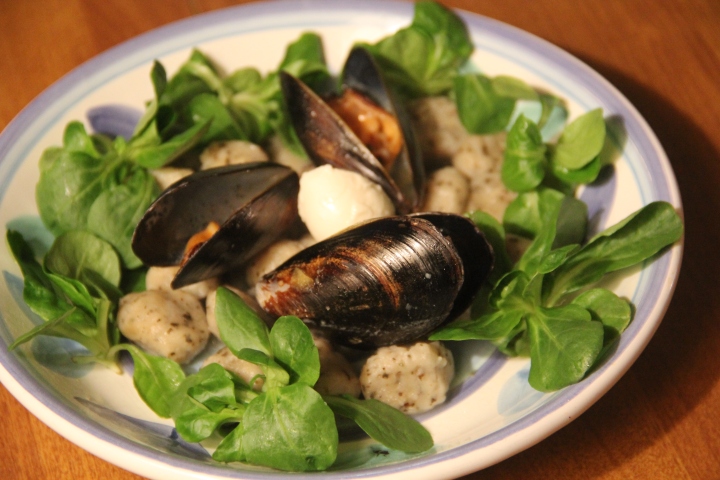 One thought on “Mussels, Vanadium, and a Bed of Mache Rossettes”

Finally captured this little family photo. 6 years of laughs love and everything in between with @the_mattcam ❤️