Yes, I wear a cool pager-looking  insulin pump on my hip that beeps and vibrates.

Yes, I lose hours of sleep a year treating nighttime hypers and hypos.

November is national diabetes awareness month.  In honor of the start of this month, all of my posts this month will be very diabetes-centric.  I thought it might be a nice change as we kick off this month of awareness to share a bit of my personal story.  I have the tendency when writing this blog to avoid simply telling my personal story, as I intend this blog to be a resource to you on health, nutrition, and diabetes.  I feel, however, as we kick off November, the month in which I was coincidentally diagnosed 24 years ago, it is fitting to share a bit about my experience.

No, I was not born with type 1 diabetes (an auto-immune disease) as some misinformed people believe.  I was diagnosed at the age of two, which is actually abnormally early.  This means that at the age of two something (most likely a virus, I actually had coxsackievirus B1) triggered my immune system to attack my pancreas.  One job immune system, and you go after your own cells???

When I started presenting symptoms such as, excessive urination, extreme thirst, increased fatigue, and failure to thrive (extreme weight loss), my worried parents took their two year old daughter to a variety of specialists.  Most, however, dismissed my case as the common cold or some weird virus that would pass.  I finally was so sick that I ended up in the emergency room, where they diagnosed me with type 1 diabetes.

As I was merely two years old, I remember none of this; however, my parents like to remind me that my only requests in the hospital were for barley soup and avocados.  I guess even at the age of two I was destined for a career in nutrition.

Growing up with type 1 diabetes wasn’t as miserable as some would assume.  Yes, I couldn’t have cotton candy or regular coke, but there was always diet coke, and I preferred avocados and barley soup to cotton candy anyways.  I also had a very capable public health-trained mother who administered multiple insulin injections a day, and a variety of babysitters who knew to silence my pale-faced hypoglycemic loopy ramblings with glucose tablets.

Type 1 diabetes also made me the coolest kid in elementary school, as I got to leave class early every day with a buddy to go to the nurses station and test my blood sugar.  Who doesn’t want the get-out-of-class-early card?

I even got to attend sleep away summer camp, well summer camp for diabetics.  At Camp Conrad Chinnock  and Bearskin Meadows Camp I was no longer a minority, but surrounded by diabetic kids my age and a few non diabetic besties who insisted on attending.  It was that classic summer camp experience where I learned how to change my own pump site and give myself injections.  We attended workshops where we learned how to draw a syringe and inject ourselves and our friends.  As an eight year old, it sure was fun to play doctor.  It was especially funny to watch the non-diabetics learn how to give themselves injections.  Bye bye fear of needles!

Adolescence brought with it a whole added list of complications such as wacky hormones and body image issues.  For more information on how menstrual cycles can affect your blood sugar check out Blame it on Progesterone.

Food plays a dual role in a diabetic’s life.  In diabetes, food can be both the enemy and the hero.  I had been brought up constantly monitoring my intake, and learning to view certain foods as “good” and other foods as “bad.”  I now believe that more support and a better education in nutrition growing up could have greatly helped me through adolescence and young adulthood.

Instead, I spent most of my adolescence reading pseudoscience nonsense I found on the internet on how to become skinny, and as an avid ballerina and athlete with body image issues, I became an avid crash dieter.  The Cabbage Soup Diet, the Dukan Diet, the Raw Food Diet, juice cleansing, veganism…  I would do whatever it took to drop ten pounds.

~ from an article I wrote for VOYA Magazine in 2008 entitled, “Drowning in Fat.”

Diabetes was my enemy in this losing battle.  Restricting my diet, meant I suffered from hypoglycemia, which caused me to binge on ice cream, and my increased weight made me insulin resistant.  Ironically, the extra insulin I required as an overweight young adult made it increasingly difficult to lose weight.  Insulin is also a storage hormone that signals the body to store fat.  I was stuck in a vicious cycle that felt very much out of my control.

I know now that I exhibited  many signs of disordered eating, and I am lucky that this never progressed quite so far as to become a full-blown eating disorder, but eating disorders are common in individuals with type 1 diabetes, and extremely challenging to diagnose.  Eating disorders are serious.  If you believe someone close to you is suffering from an eating disorder contact the UCSD Eating Disorders Center.  They have clinicians specializing in diabulimia.

It has taken over five years of hard work to repair my relationship with food, my body confidence, and the physiological damage that years of crash-dieting caused.  Getting an education in nutrition, biochemistry, and physiology has helped me to revamp my understanding of food.  Food is no longer a vice, but an essential energy source and a fascinating research topic.  I no longer spend all of my energy worrying about food, and this experience has taken me from a career in political science to a career in nutrition.

I am currently in graduate school studying nutritional science, and one of my goals after completing my degree is to create nutrition education programs for adolescents with diabetes.

There is no “look” that accompanies type 1 diabetes.  In fact, if it wasn’t for insulin pumps, test kits, and CGMs, I probably couldn’t pick a type 1 out of a crowd.

Everyone has their ups and their downs, their highs and their lows.  My friend Joey’s problems may not be the same as mine.  His BG may even respond differently to certain foods than mine.  Diabetes affects each individual differently. 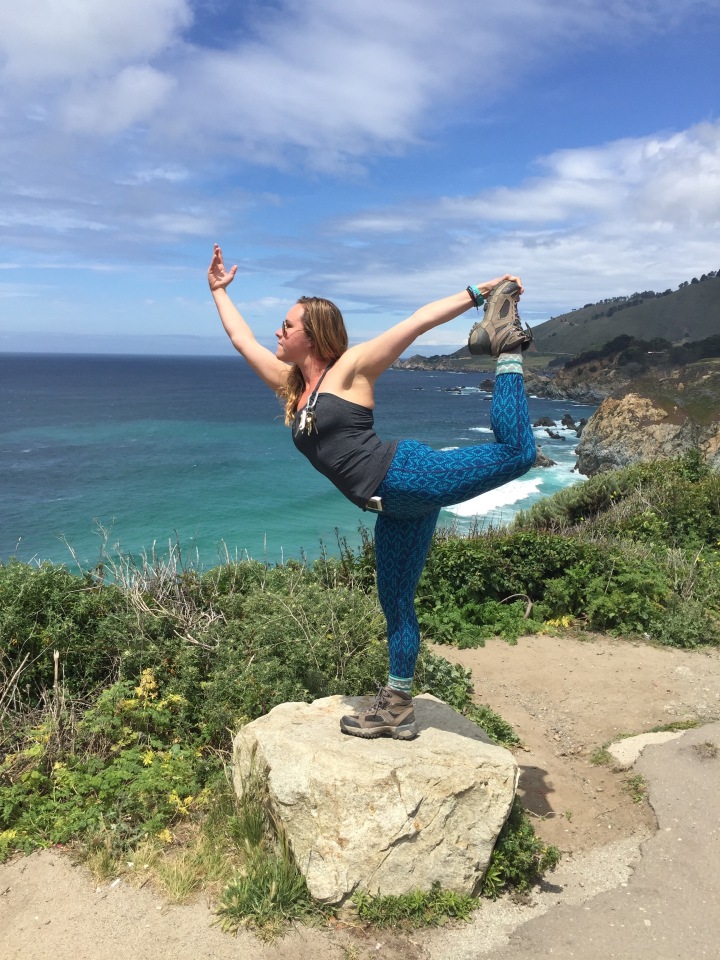 Yes, I do spend a huge amount of time, energy, and money every day managing my chronic illness.

Yes, I wear a cool pager-looking  insulin pump on my hip that beeps and vibrates.

Yes, I lose hours of sleep a year treating nighttime hypers and hypos.

Yes, sometimes it is challenging to manage, but I know no life without diabetes.

My name is Julie Hooper and I have type 1 diabetes.

3 thoughts on “Me, Myself, and my Type 1 Diabetes”